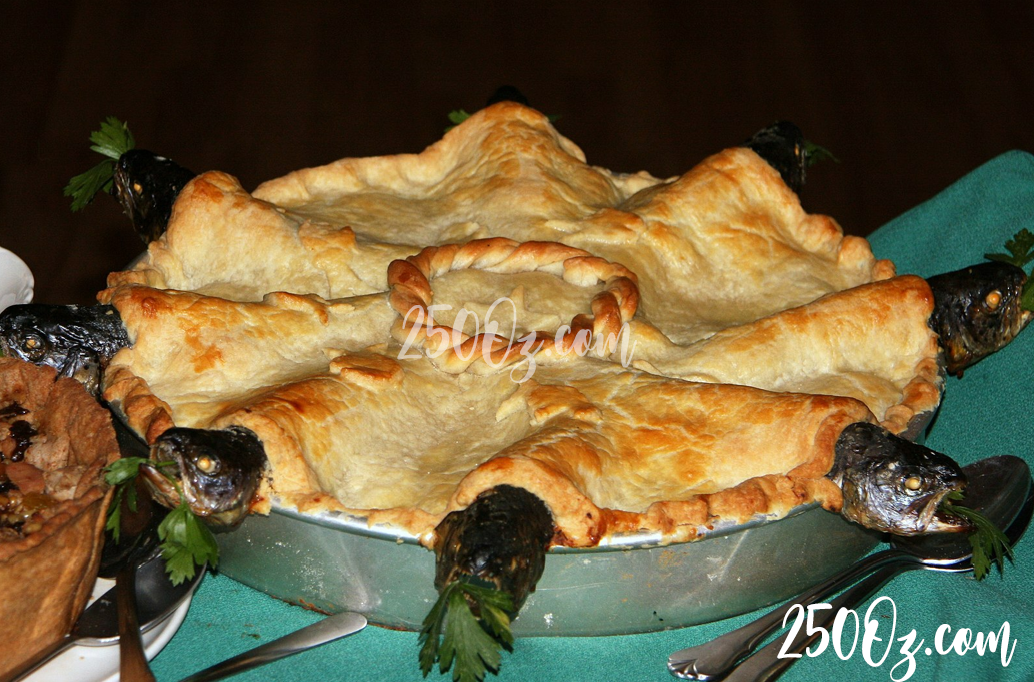 This pie comes from a small village in Mousehole in Cornwall in England where a fisherman from the 16th century named Tom Bawcock braved violent storms around Christmas time to catch fish and save his village from starvation. All the fishes he caught were made into a big pie where the fish heads were sticking out to show that there was indeed fish inside. Every year, on December 23rd, Mousehole celebrates with the Tom Bawcock Eve Festival and its traditional giant stargazy pie! 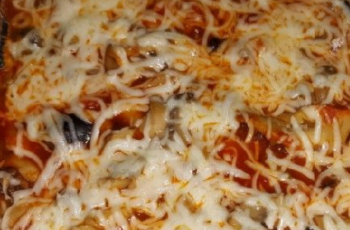 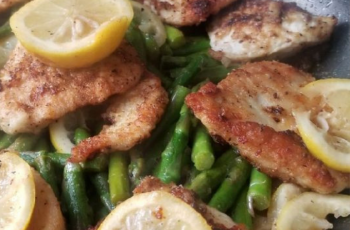 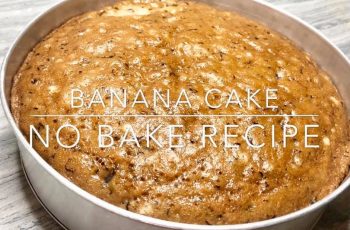 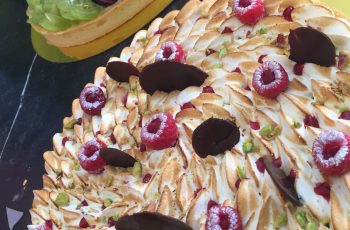